www.divepattaya.com is Pattaya Dive Centers exclusive website dedicated to certified divers. Our main website www.divecenterpattaya.com  is always our main home and used for all bookings and transactions. If you are not yet a certified diver, try looking at our learning to dive information page or the PADI Open Water Diver Course in Pattaya both located on our main website. Thankyou. HTMS Mataphon is a Mark VI Landing Craft Tank and is situated 45mins from Pattaya Beach outside the island bay of Hard Nuan, south of Koh Larn island. The 4th artificial wreck diving reef to be added to the list of 5 wreck dives in Pattaya.  Sank on 20 October  2012 it has now become an aquatic jungle of sea life. 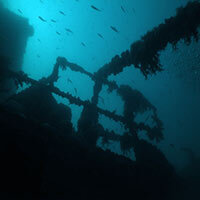 The Royal Thai Navy sank HTMS Mataphon previously known as LCT mk6 761, due south east of Koh Lan Island, not 45min from Pattaya. They placed her perfectly on the sand in 22m of water. The ship was well prepped by the Thai Navy for wreck diving, like the rest so you have no concerns for hazards, The gunning mounts were left in place although the arms themselves were removed. This is a ideal wreck dive for people wanting a little more bottom time on the wreck without using EANx.  A few years later, the Thai marine department surrounded the wreck with a 10m tall concrete cube structure on all side. This has created an amazing extension to this wreck diving site. Each cube, approx. 2m tall easily be swam through by the advanced divers with good buoyancy control. Within the cubes another level of aquatic life has taken refuge and slowly the ocean is covering them in soft sponge and sea fans. In The weeks after the Thai navy annouced the sinking fo the wreck, there was some confusuion as to the name of the ship. At the point of delivery, the Pattaya diving community was expecting the announced wreck “ HTMS Phetra”  As it turns out Mataphon was one of two identical warships.  The HTMS Mataphon came to Pattaya whereas the Petra was taken to Rayong down the coast. 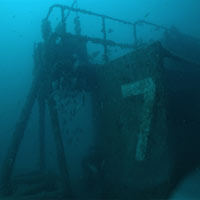 The wreck is positioned in the channel extending from Koh Krok to Koh Lan.  The currents are strong here which mean she was exposed.  The later cube structure addition added protection to the wreck from these currents. HTMS Mataphon may be the smaller of all the Pattaya Wrecks however she has proved to be an interesting dive in her own right, especially as she sits in around only 20ish meters of water you get a much longer bottom time to explore her.

She is lying in a north east (stern) by south west (bow) direction. She has a few easy penetrations top deck and a few more challenging below in the engine rooms. There are also some ballast holds forward which provide tight entrances but not much to see once inside.

The deepest point of this wreck dive is approx 23m, 18-19m on upper and lower decks and the tip of the conning tower at approx 12m. Due to the depth, to dive this vessel you need to be experienced open water certified upwards or an Advanced Open Water Diver. Open water Diver are best to dive her via an Adventure Dive Add On With deep training and an instructor. Aquatic Life Around This Wreck Dive

almost 4 years have past since this wreck dive was created. In the first 2 years alone, we saw the engulfed in micro life. The decks and structure are now entirely covered by coral growth and life forms. A lot of large Sweetlips and a Yellow Tail Snappers hover around among a sea of baby barracuda. Macro life is thriving here with many Nudibranch, shrimp and dresser crabs hiding between the crevices and coruscations along the deck. Down the sides you can often find blue spot stingrays and flatheads along with lovely Yellow Sea Horse.

Check Out This Video Of Andy (one of our Instructors) diving with Alex from Thai-Scuba.com filming some of the first outer wreck and peneratraion footage of the HTMS Mataphon. Video was named HTMS Pentra due to the earlier confusion on the exact name.
Tweet
Pin
Share
0 Shares 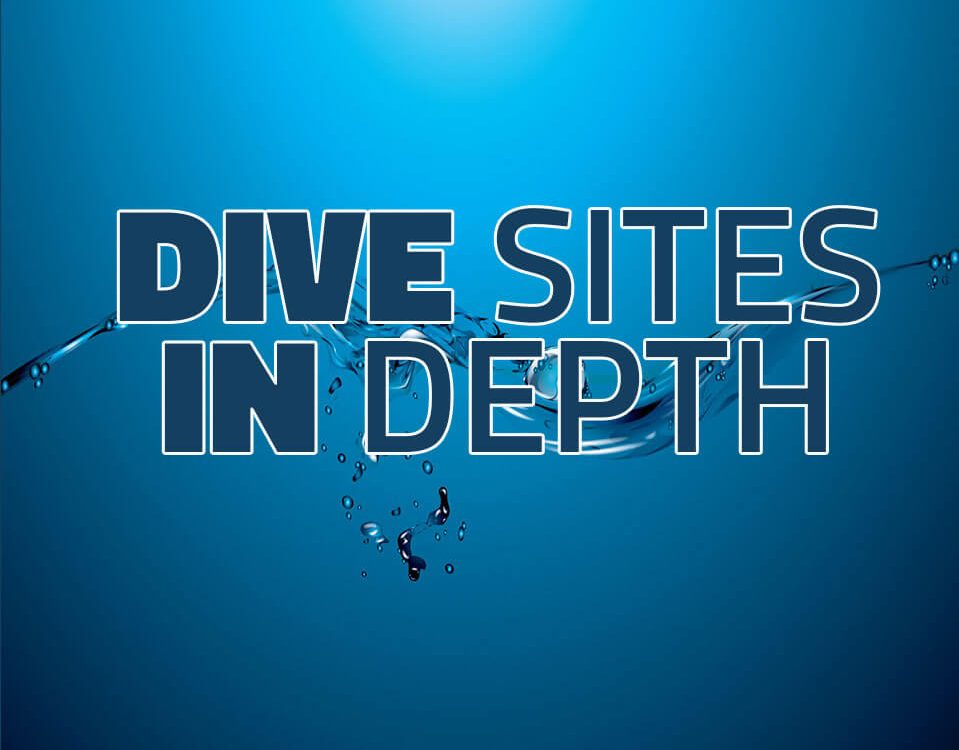